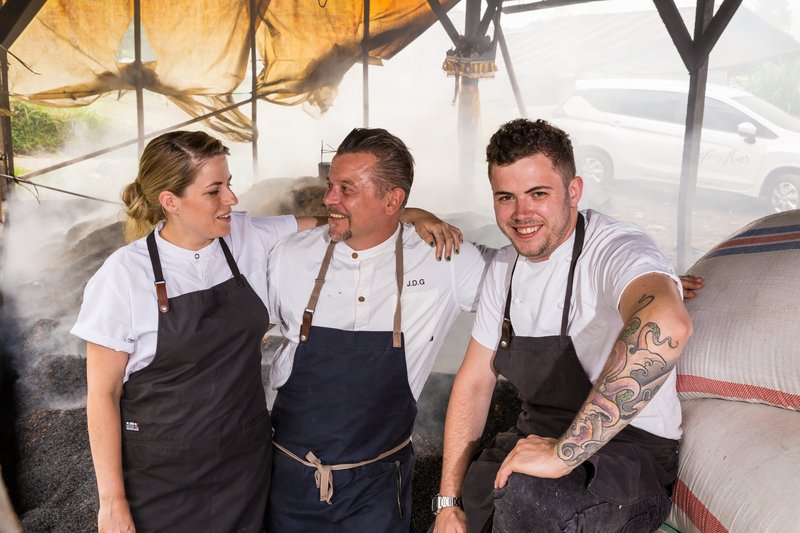 Café del Mar will shortly be making its way to Bali, with the new beach club shaping up to be the island’s most lavish. This is thanks in part to the strength of the food team behind the venue’s new edible offerings; the team is to be led by Australian native Justin Dingle-Garciyya in the role of Executive Chef. Justin has spent years travelling the globe in the name of food, finally settling in Bali with his family. The lauded chef has worked across some of the world’s most revered resort groups, from Aman, Morgans SBE to the W Hotels and One and Only Resorts. His job has seen him cook everywhere from New York, Miami, London to the Bahamas, and now he brings his international palate to Café del Mar Bali.

The venue’s new menu will maintain Justin’s passion for simple but flavoursome food; “I like to keep it simple but a little off the wall,” he explains of his mantra. The menu will be awash with Mediterranean influences (in-keeping with the origins of the Ibiza-born Café Del Mar brand), but will introduce local Indonesian flavours throughout. “It will be a melting pot of places where I have lived, worked, and eaten,” Justin continues. “Expect Modern European with international and local essences.”

Joining Justin in the kitchen team is Executive Sous Chef Graeme Palmer, Pastry Chef Lani Greenhalgh and Chef de Cuisine Wirya Purnama. A Brit by birth, Graeme joins Café del Mar Bali straight from the kitchen of Scully from Ottolenghi in London after years of cooking with some of cooking’s biggest names in the English capital, including an early stint at Gordon Ramsay at Claridge’s. Lani is an Australian chef with a passion for desserts, who cultivated her skills at esteemed Aussie establishments like Fleet, Cutler & Co. and Estelle, before making the move to London, and now Bali in the pursuit of further experimentation with tropical elements in the field. While Chef de Cuisine Wirya Purnama is a local addition to the team, having grown up on the west coast of Bali, he has worked in a number of high-profile venues, from Alila Villa Soori, Potato Head and more recently within Hotel Katamama at acclaimed Australian eatery Movida.